The stenocara gracilipe is an insect of the genus of the beetle that is able to live in a harsh desert climate due to the shape of its structures that help it condense water from fog or humid air. Its habitat is desert, specifically the Namib Desert in South Africa, which is known to be one of the driest places on the planet. This arid desert is characterized by high temperatures, dry winds and lack of precipitation. It is also known and common in the deserts of the Arabian Peninsula. But even with all this drought and lack of water, this insect found a way to live in the desert. This insect gets only 1.4 cm of rain per year. It can survive by gathering water on its rugged back surface from the early morning fog. 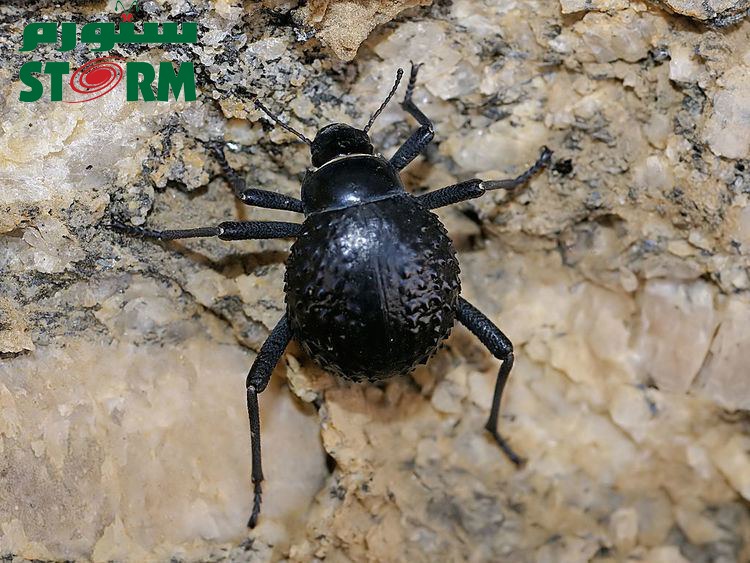 Water shortage is the main problem in the desert. Therefore, there is an urgent need for this insect to obtain water in unconventional ways. How does this insect get water?

The method used by this insect to obtain water is perhaps the most innovative method of obtaining drinking water known in the animal kingdom. The isolation of mist is perfected through an intricate system.

This insect’s distinctive shape helps it drink water as small bumps cover the surface of its shell. The bumps are unique in nature in that they have water-attracting tips and water-repellent sides. This combination means that water can be directed by the insect’s front wings. By bending downwind, she can capture steam and direct it toward her mouthparts. The sinks between the outcrops have an extremely waterproof waxy coating, which means the droplets roll wherever they are directed. The surface of the beetle is interesting and so is the body itself. The body is in the shape of a drop and is optimally shaped to allow the wind to flow easily around the surface. The hunchback of the body is another interesting feature that allows the water to flow in any direction. The insect raises its bottom reasonably to let most of the water flow into the mouth. The process is a successful adaptation, in which up to 12% of an insect’s body weight is gained by basking in fog.

The method of collecting water in this insect is important to scientists and businessmen as they can benefit from this type of natural technology. Some such as distillation, dehumidification, automobile engine optimization, air conditioning, and fresh-water supply generation. 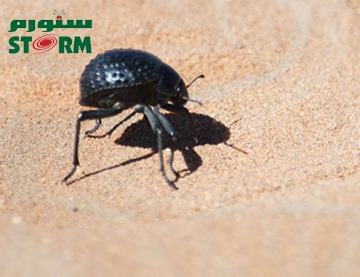 Storm is a pest control and sterilization company. Aims to spread information about common insects and enriching Arabic content in the field of entomology; if you ever need our services, feel free to contact us.